Dr. Rhoda E. Howard-Hassmann, a graduate of McGill University (BA, MA, PhD), is Professor Emeritus at Wilfred Laurier University in Waterloo, Ontario, where she held a Canada Research Chair in International Human Rights from 2003 to 2016. For twenty-seven years, she also taught comparative genocide studies as a professor at McMaster University. She is a Fellow of the Royal Society of Canada and the recipient of a number of academic awards. She has written or co-edited seven books, the most recent of which is State Food Crimes (Cambridge University Press 2016). She is also a published poet.

Her talk to the University Women’s Club of Montreal on November 16th 2016 draws from her book State Food Crimes, in which she investigates how governments can sometimes adopt policies that induce, support and maintain malnutrition and famine among their citizens. Her speech focused on 3 cases: the state-induced famine in North Korea, government policies causing malnutrition in Zimbabwe,[add comma] and Venezuela. She also addressed the complexity of malnutrition in the West Bank and Gaza. In her view, malnutrition and famine are violations of Human Rights and the best way to prevent them begins with the full respect of fundamental civil and political rights.

Questions raised by the audience have placed the perspectives in local contexts such as : the insidious increase of poverty in Quebec as the need for food baskets is increasing over the years; the unresolved wage gap between men and women perpetuating poverty status for women, particularly Aboriginal women; the precarious living conditions of Aboriginals people in Canada, the multitude of social problems in Aboriginal communities such as: the lack of access to clean water, to health services and the deleterious health effects related to long term exposure to heavy metals.

These questions brought to light that malnutrition is not specific to Third World countries only. It is rather an outcome of modern policies that encourage social disparities and create different classes of citizens leading to wounded human dignity and alteration in peace in both rich and poor countries.

For more information, you can visit Rhoda’s blog at https://rhodahassmann.blogspot.ca/

Other links of interest: 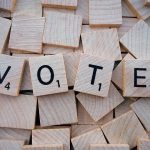