During the 2015 Speech from the Throne, the Canadian government announced an electoral reform. What electoral system is at stake? what are the implications for women and minority voters? Following is a summary of major electoral systems with their pros and cons. You can also watch the videos throughout this article.

There are three major categories of electoral systems:

These systems originate from British parliamentary practice and are found in countries with historical links with England. During an election, the winning candidate is the one who reaps the highest number of votes in an electoral district (or a plurality) or the majority (over 50 percent of the votes cast). This winner-takes-all systems are currently used in Canada, France, the United Kingdom and the United States under several variations: First-Past-the-Post (FPTP), Alternative Vote (AV), Two-Round, and Block Vote.

Advantages of Plurality or Majority systems

Disadvantages of Plurality or Majority systems

They emerged in the late 1700s and were first used in Australia in 1840. In these PR systems, a political party’s vote share reflects the seat allocation in the legislature as voters elect more than one representative per geographic area. There are assumptions that, when given the chance, people tend to vote more for females and this might be the same for visible minorities and Aboriginal candidates. These systems are used in Australia, Austria, Belgium, Denmark, Finland, Ireland, Netherlands, Norway, Russia, South Africa, Sweden and Switzerland under several variations: List Proportional Representation (List PR), Single Transferable Vote (STV), and Single Non-Transferable Vote (SNTV).

Originating  from Germany after the Second World War, these systems are often perceived as a compromise between the plurality and the PR systems because they combine elements of both systems. Voters can cast two votes: one to directly elect an individual member to serve as their representative, and a second for a party or parties to fill seats in the legislature as per the proportion of the vote share they receive. These systems are used in Germany, Japan, Mexico, New Zealand, Philippines, Scotland, South Korea and Wales under two variations: Mixed Member Majority (MMM) and Mixed Member Proportional (MMP).

REFORM OF THE CANADIAN ELECTORAL PROCESS

The Canadian electoral process is structured and implemented according to the Canada Elections Act and numerous other statutes, namely the Constitution Act of 1867, the Electoral Boundaries Readjustment Act, the Broadcasting Act, the Parliament of Canada Act, the Income Tax Act and the Criminal Code. Since Confederation, federal elections in Canada follow the rules of the plurality “First-Past-the-Post”system  where each province and territory is allocated a certain number of the 338 House of Commons seats based on its relative population size.
In analyzing the need to change a voting system, the following must be considered:

Early initiatives to reform the Canadian electoral system go back to the late 1910s. In 2004, the report on Voting Counts: Electoral Reform for Canada recommended the adoption of a mixed member proportional system. However, in 2007 the report on Public Consultations on Canada’s Democratic Institutions and Practices indicated that, although Canadians were open to changes, they preferred the current FPTP system. In 2015, an electoral reform was announced during the Speech from the Throne followed by a nationwide public consultation in October 2016 and the results of which are still pending.

In parallel, results remain inconclusive for electoral reform initiatives undertaken over the years by several provinces: British Columbia (STV), Ontario and Quebec (mixed member proportional system), New Brunswick (PR).
However, Prince Edward Island has been successful in voting a plebiscite from October 29 to November 7, 2016, based on distortion with their FPTP system. Results were 52.42% in favour of Mixed Member Proportional Representation while 42.84% voted to keep the current FPTP system.

None of these systems is perfect as each carries its own advantages and disadvantages. Advocates of change seek better representation and higher voter satisfaction and turn out. However, opponents argue that outcomes of changes are often unpredictable and, in the absence of evidence, perhaps maintaining the status quo or making incremental improvements might be a better option. My view is that the best electoral system for a country is one that is inspired from best practice and based on principles that are coherent with the values of that country and that best work in terms of democracy. 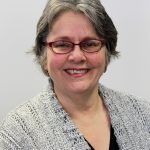