The UWCM Public Foundation is the charitable and fundraising instrument of the UWCM. The Foundation was established on April 15th 1985 in order to receive donations, issue tax receipts, and award bursaries, fellowships, and scholarships that advance the post-secondary education of women. It also supports selected registered charities within our community whose purposes are consistent with the objectives of the UWCM.

The Foundation is overseen by a group of trustees appointed by the current Foundation President through the board of directors of the UWCM. Appointed positions will be that of treasurer and secretary and need not exceed five or six in number, as per the bylaws.

The group of trustees meets regularly with the Foundation President to discuss strategy and allocation of funds raised for that particular fiscal year.

Several years ago, a group of UWCM members decided to honour one of their favourite friends, Betsy Barber, by creating the Betsy Barber Memorial Award. Betsy was not only a past president of UWCM, but also a graduate of the MBA program at Concordia University. Each year a female student in the MBA program of the John Molson School of Business, Concordia University, is awarded this prize.

Bursaries are made available for mature female students who have decided to continue their education. These bursaries are awarded by the institutions in our name.

The institutions that have benefited from these bursaries are:
Concordia
Dawson College
École Polytechnique Montréal

The Foundation supports several community organizations such as:

Donations to the Foundation come from UWCM members and supporters of the UWCM during an annual giving campaign that is launched annually in October and is ongoing through the year.

2016 – A Night at the Circus TOHU Performing Arts Complex Montreal

A charitable tax receipt is provided for all monetary donations of $25 or more. 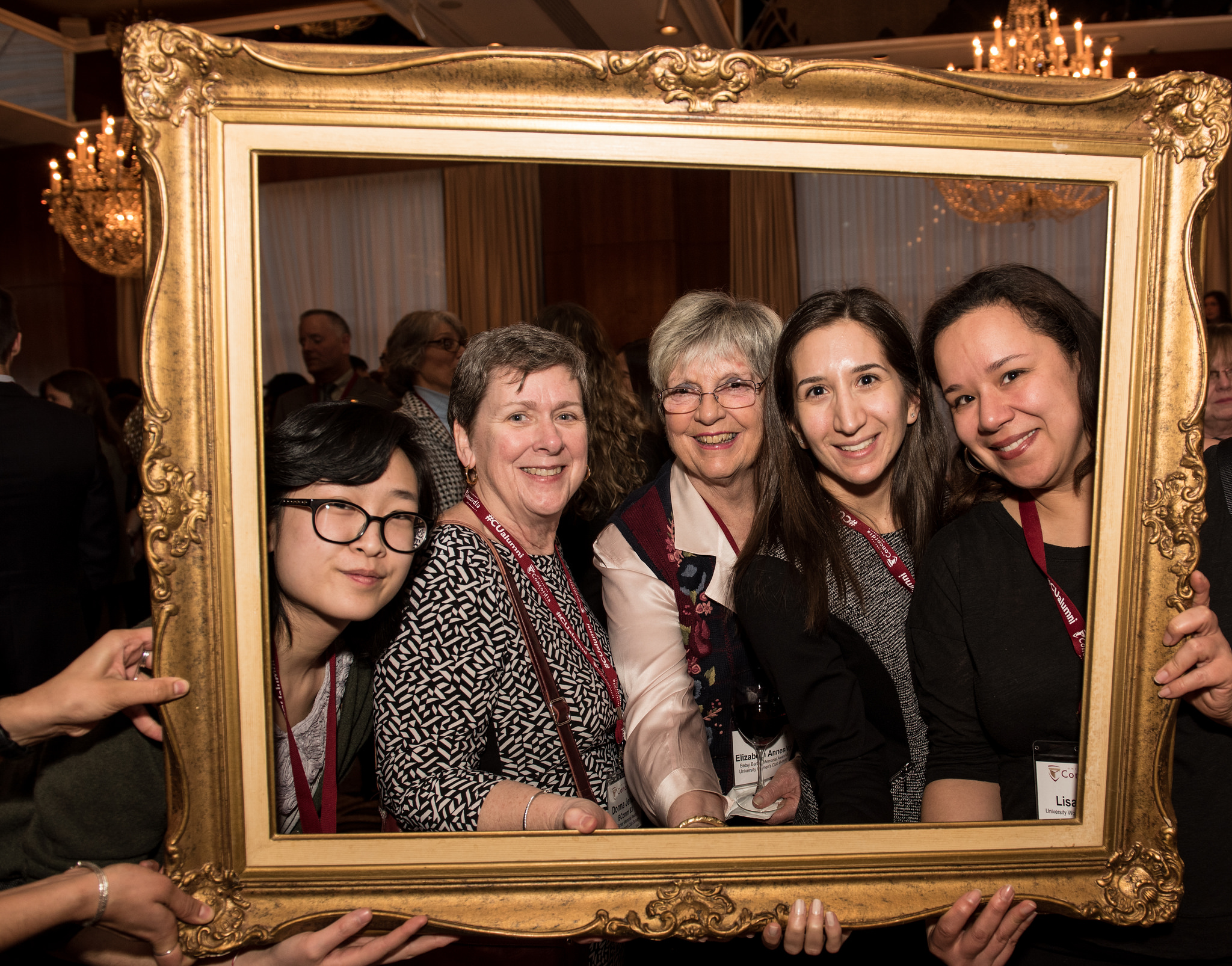 Our usual venue for monthly dinners, La Classe Restaurant, remains closed under government pandemic directives. Members continue to connect over the phone and through Zoom meetings and webinars.

Recognizing the need to help feed local homeless and disadvantaged women during this time, we recently donated funds to Résilience Montréal and Chez Doris.