In 2015, the Canadian Center for Policy Alternatives benchmarked gaps in 25 Canadian cities in five areas: economic security, leadership, health, personal security, and education. Each participating city was ranked by comparing how men and women were progressing in each of those five areas.

Among the 25 cities under study, Victoria ranked 1st, and Kitchener-Cambridge-Waterloo was 25th. Montréal ranked 9th overall, with a 23rd place in terms of health, 15th in terms of security, 11th in terms of leadership, and 8th in terms of education and economic security. More specifically, 58% of women were employed (versus 66% of men), but only 43% of these women held a full-time job (versus 57% of men) and their earnings were 77% that of men’s. In terms of leadership, women accounted for 31% of elected officials in Montréal and its regional municipal bodies whilst 35% of women were in senior management positions.

These results were compiled in a report entitled: The Best and Worst place to be a woman in Canada in 2015. They reinforced facts known for too long: Canadian women are more educated than men, but they still earn 20% less than men; they can hardly ride the glass escalator; they are less represented at senior management level; and when they finally get there, it is often to face the challenges of glass cliffs. In coherence with data published in the early days of the adoption of the Employment Equity Act, these gaps were larger for aboriginal women, women of visible or ethnic minorities, or women with disabilities. This explains the absence of role models for girls and women in these employment equity groups.

Findings from this benchmark study are compatible with an Intersectional Gender-Based Analysis Data on Career Advancement Among Women in Management at the Ville de Montréal done by the Conseil des Montréalaises in 2016. The authors reported an increase in the number of women in managerial and executive positions hired by the City of Montréal. This increase targeted Caucasian women. There remains a telling shortage or rather significant absence of indigenous women, women from visible or ethnic minorities, or women with disabilities in senior positions at the City of Montréal.

These facts confirm that progress made is insufficient to fill the magnitude of gender gaps which remains a serious issue in Canada. As a signatory of Agenda 2030, and considering all efforts deployed so far in gender equality, Canada must commit to move more swiftly in meeting the goals of the 2030 Agenda for Sustainable Development to:

Enough studies have been published on the root cause of this systemic problem in Canada, therefore, it is needless for politicians to continue buying time for inaction by commissioning “more studies” as an attempt to “understand the situation” that is now almost endemic. It is time to stop the hypocrisy of political lip service, time to unveil the voluntary blindness that strives to maintain the status quo.

Canada needs to commit seriously to implement concrete and measurable actions that will lead to a Gender Balanced world and truly support a “Planet 50-50 by 2030”.

To know more about gaps in gender equality, join thousand of women in a global discussion on May 10th, the Gender Balanced World Day. Share ideas on how to achieve gender equality by 2030. View and share the video on:

DISCLAIMER: This post is provided for informational purposes only and as ground for informal discussions. It is written with limited content that may be confirmed with or refuted by other sources at anytime. 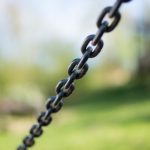